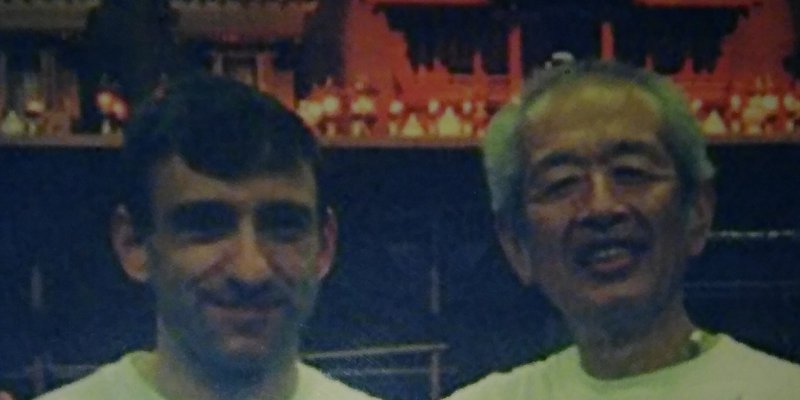 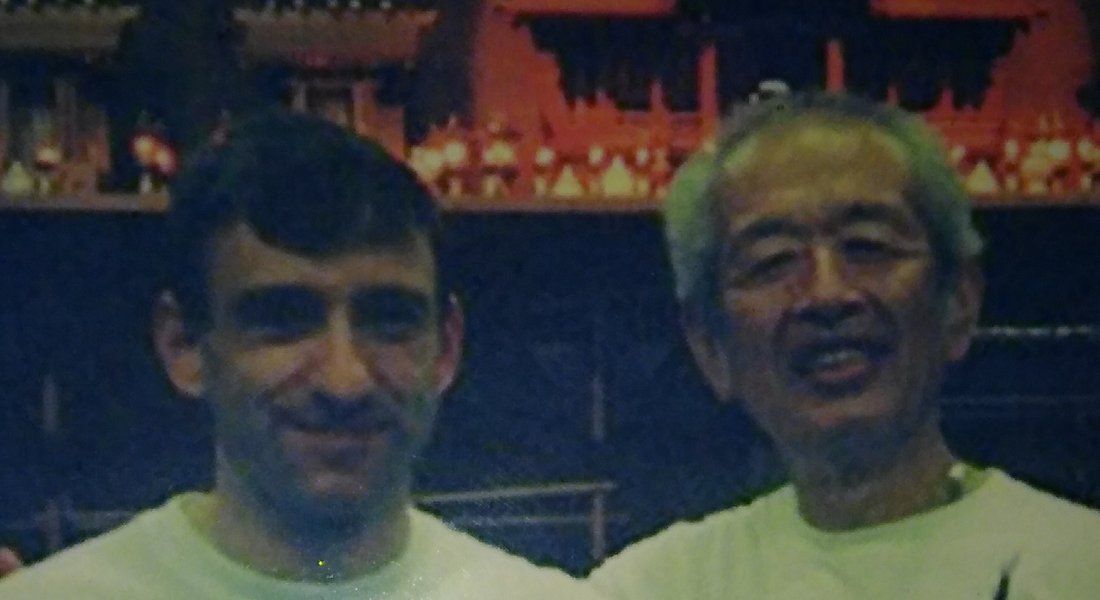 It was September 10th 2006, and I had been in Japan for two weeks training (not sightseeing!)

I was asked to come by a very good friend and training colleague Ian Burrows, who ended up becoming my instructor and who introduced me to Kacem Zoughari.

Well on the morning of 10th of September we attended a class by Nagato sensei ("the gentle giant"), the dojo was packed,you could hardly move, there were easily 80 students from all over the world, all in this small dojo. Just about 15 minutes before the class ended there was a stir from the front doors of the dojo and about another 20 students were getting ready. Hatsumi sensei was due soon. I cudnt believe it: I'd only ever seen this guy in books and magazines.

About 12.30 the doors opened and Hatsumi sensei walked in and started the class straight away. It was difficult to move as the dojo was so crowded, but great training for crowded spaces etc.

At 1.15 there was a short break, then we started back.

Hatsumi sensei got someone to translate.

"Is there anybody here for Godan?" It was time... my stomach was in knots, he motioned for us, about 10 of us all to line up, facing the front of the dojo as everybody else looked on.

One by one we came out and the test was done. Some passing, some not, some good passes, some not so good.

I was about seventh in line to try and my turn was now here.

"Are you here with your instructor?" someone shouted.

Hatsumi sensei motioned to someone to perform the test - and cut.

I knelt down, faced everybody, took a deep breath and relaxed...

Right on my head... first attempt and I screwed it big time.

Hatsumi sensei motioned to someone else to perform test for my second attempt.

They stood behind me, in position, weapon raised. Again I relaxed, closed my eyes and waited (in my head i was thinking, "I must do this, I must do this, I can't let folk down and look a total failure.")

I 'guessed' and rolled out the way ,only to turn and find the person behind me, still standing there. They hadnt moved.

Once last chance. I was so deflated, I couldn't care less at this point. I'd let myself and everybody else down, so i just sat there, looked ahead, saw everybody watching me. I just sat and thought of nothing (if that's even possible...)

Then all of a sudden a feeling came over me. I was in the wrong place at the wrong time, a tingle, a shiver: MOVE!!!

I quickly rolled to the side, away from where I was, looked round and the weapon was sitting there, exactly where I'd been kneeling a second ago.

"OK", Hatsumi sensei shouted (which he does when students pass the test).

I slapped the mat, raised my hand in the air and shouted out a great Glaswegian "YES!!!" Oops.

I dont know what happened that day. I can't explain it. All I know is i had to move away, and I did.

Not perfect, but who is?