So where to begin, well, at the beginning of course. Simple enough he says. Yet with pause for thought where do we begin when it comes to the topic of martial arts. With yourself he cries. Well there I may agree to disagree. If it wasn’t for those that came before us we wouldnt have both the modern and the more archaic martial arts still extent today. So how far back does the man who wields the chib need to go (chib is Glaswegian slang for an implement to hit someone with). The oldest spear found is over 100,000 years old and Neanderthal ceased to exist 40,000 years ago. Stop stop stop he says get back to the bloody point. My point exactly wasn’t I talking about spears. Sigh, never mind.

Anywho myself. Born in the City of Glasgow in 1965 and brought up in the Golden Age of Steven Seagal the once and mighty Country and Western singer who I saw throw about other Country and Western singers in the Tokyo Budokan in 1996 to the cheers of real fans of Country and Western singers at an International Aikido Expo that brought 1000s of people together from all over the planet. So impressive was he that that my teacher said would you like to be his opponent I vigorously shook my head so instead was propelled towards Morihei Ueshibas grandson. The few minutes I was on the mat……briefly between flying I was thoroughly impressed with his skill. So for me martial arts really began with Ki-Aikido practice as a first year student at Strathclyde University in Scotland. 6 years before that I had a brief fling with Shotokan Karate and body building and sports but ultimately it was Japanese martial arts that drew my interest. During my 7 years at Strathclyde University I focused on Aikido (Sensei Matt Tennant) and a little Kendo (Sensei John Hepburn) practice with occasional forays into Chinese boxing practice as a punch bag.

I read prolifically on martial arts mostly books by the late great Donn F Draeger and Robert W Smith. It made me realize that the path I had stumbled onto was vast and deep and ancient part of our Hopological natures (check the dictionary guys I don’t want to do all the leg work for you). So to speak I had a bee in my bonnet so after finishing my PhD in Physics I decided to go to Japan for further studies at Kyoto University the centre of the Japanese Kendo world. Of course I didn’t do Kendo me being me I did briefly do some Aikikai Aikido but the last straw came when we ran bare foot up Daimonji Mountain above Kyoto University in our Gis….running up wasn’t so bad before I got fat problem would be seniors hanging you off the edge of the mountain telling you to scream and then say thank you. Umm was this what I signed up for. Soooo I decided to take on more sane/insane practices Daito Ryu Aikijujutsu (Okabayashi Sensei in the Kansai area), Togakure Ryu Ninpo Taijutsu (Osaka City with Isono and Ito Senseis). Later changing jobs I met a rather reclusive hermit like master who was a scientist for the Japanese government and he became both my Yagyu Shinkage Ryu teacher (Yamazaki Sensei) and also Daito Ryu teacher under Okabayashi Sensei as well as teaching me the secrets of Aiki by bending me into weird and painful postures.

Then disaster struck in the form of the Kobe Earthquake of 1995 and with no choices I came back to Scotland with a pregnant Japanese wife in tow and a daughter just another penniless vagabond leaving a screaming mother-in-law behind me. Waiting for a new job contract at university I found a job at a local Glasgow recreation center through my old Kendo teacher. Someone whispered strange people in black garb come here every week why don’t you be strange with them. Thus I met David Caggie Sensei. I was then the superior 2nd dan (now defunct) who only got his black belt by being a ninja's plaything for 4 years and somehow I have never been able to escape his shuriken since. Then fate called me back to Japan not in the form of a secret ninja master but a screaming ballet dancing wife who didn’t like haggis and the coldest winter in 30 years. Thus I found myself once again wandering in Japan this time as a sararimanu working for a Japanese technology company. Once again like a bloodhound I went in search of a master bumping into him literally at a crossroads. I had briefly tried Nin in Kamakura a young deshi of Hatsumi Senseis and also Ki-Aikido but my heart yearned for swords and I found a traditional bujutsu school Asayama Ichiden Ryu which also taught Muhi Muteki Ryu staff (En Ryu check out Niden Ryu on Youtube by Yamaguchi Sensei). For 4 years I studied hard and drank a hell of a lot of sake and expensive guiness in Yokohama. I also contacted with some other like minded foreigners in Japan through the International Hoplology Society started by Donn F Draeger and now run by his deshi Hunter Armstrong (Yagyu Shinkage Ryu and Owari Kan Ryu) and Liam Keeley (Tastumi Ryu, Todaha Buko Ryu and Chen style Taichi)..

But nothing lasts forever especially jobs for foreigners in Japan so I ended up back in the Kansai area leaving Kanagawa prefecture and becoming a teacherless teacher again. Split along many paths I wasn’t sure what to do I yearned for more ancient ways and was reluctant to go back to modern budo. Fine arts though they are I was more interested in close quarters combat samurai style so I briefly trained with two other teachers Shingyoto Ryu (Kameyama City) and Araki Ryu (Tsu City). But again life threw a spanner in the works and after 5 years in 2005 I ended up back in Scotland minus wife and kids and career but with a tonne of books and weapons. Eventually seeking something familiar I sought out Caggie Sensei and reconnected after 10 years away. And thus the story ends……..can I hear a car crash coming. Once again a penniless pauper the world called me again and off I went….with the sum total of 200 pounds in my pocket (Zatoichi would be jealous) and a one way ticket to the Middle Kingdom (after watching the Jet Li movie Fearless).

So 14 years later I am writing to you from my comfy unheated mosquito infested apartment in Zhaoqing University Guangdong (PRC) where I have been working as a culture teacher (yes I know a Glaswegian teaching culture). I abandoned Japanese martial arts…his words not mine…….backburner Davy backburner and I practice mostly Yang style taichi and Qi gong trying to figure out how to stop a ninja from punching me (live on the other side of the planet perhaps). More on the path of a Daoist wandering sage these days than a Glasgow drunk. So with luck one day I will manage to make it home….if my parents will let me stay in their house ! Again rudderless no doubt but with my practice always there to serve me. These days what can I say I have even more books and weapons than I did in Japan which tend to occupy me between whisky drinking and stopping female students fighting with their boyfriends. So with that my fine camouflaged friends I will leave you and give you back to the hands of one of the finest martial artists I have met who never shuts up about me giving him my Chinese Iron fan and my fine Kubotan collection. Borrow I said BORROW. 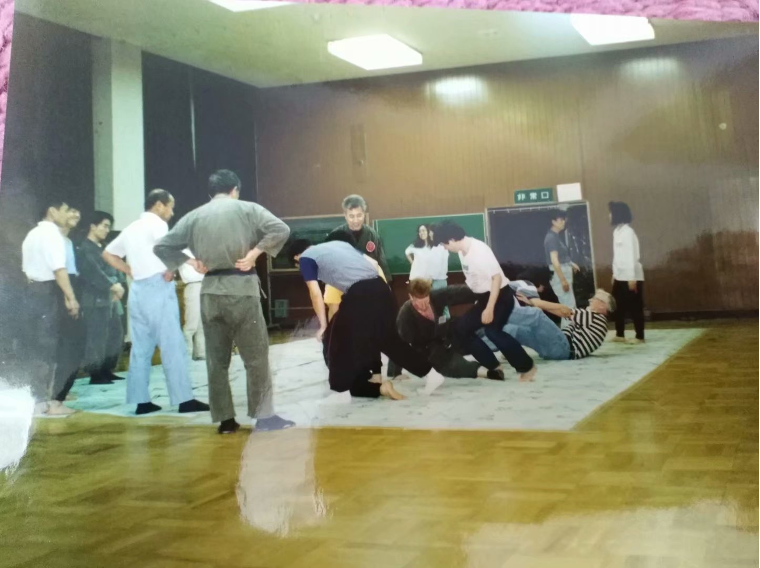 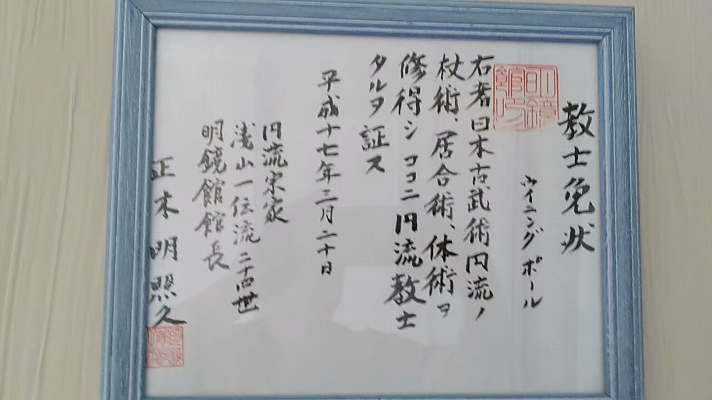 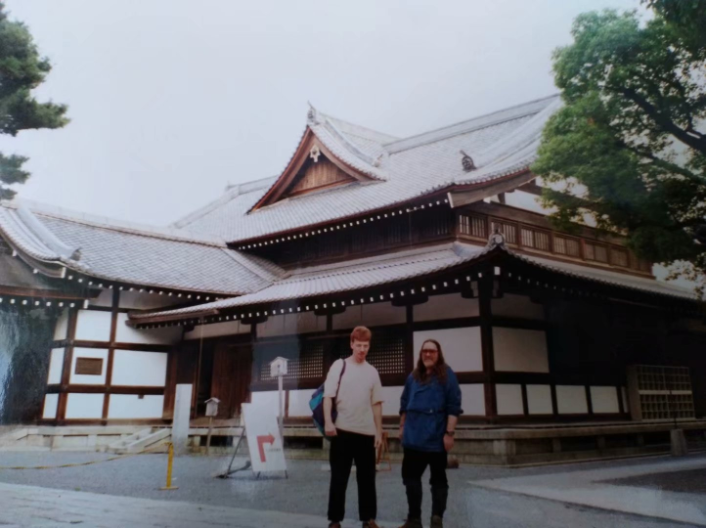 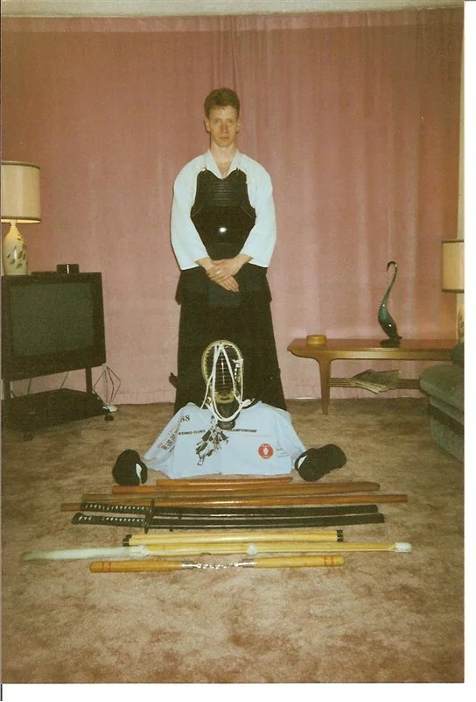 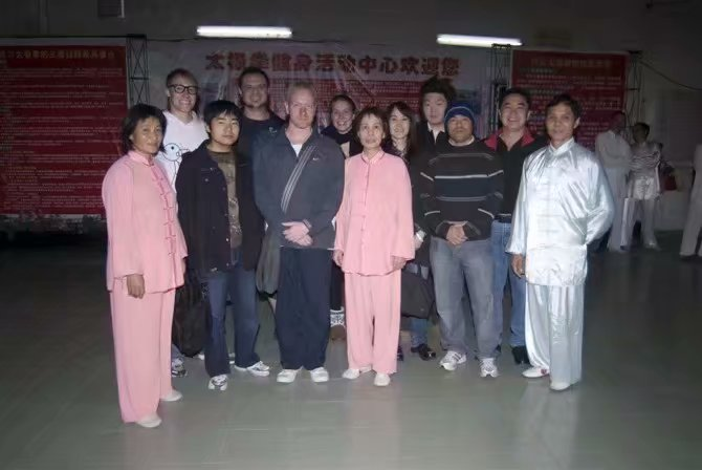 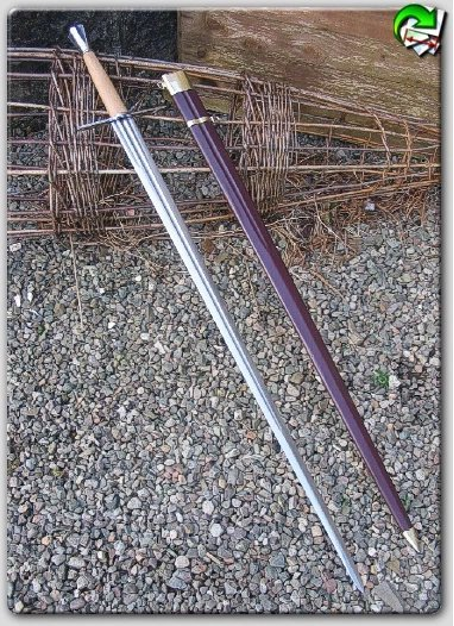 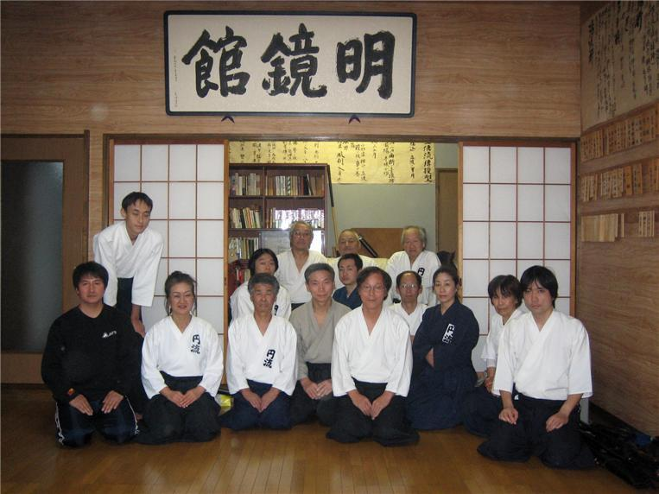 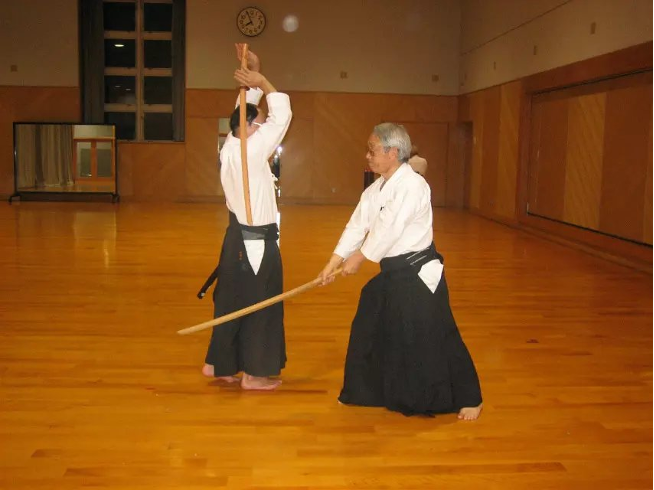 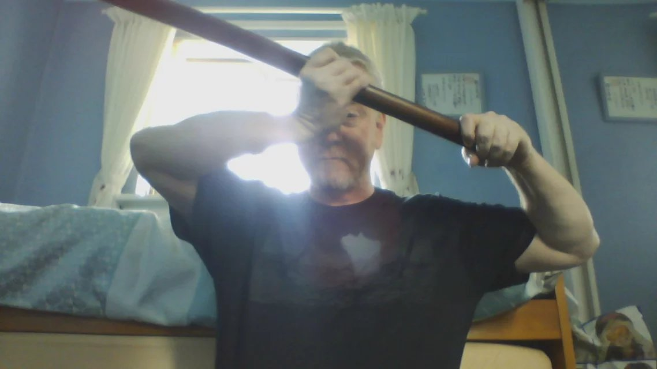 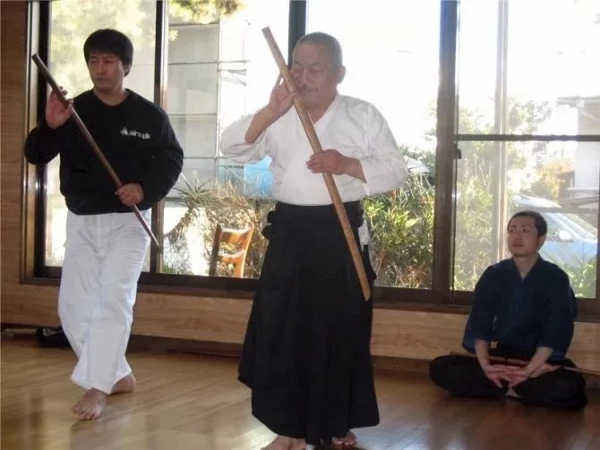 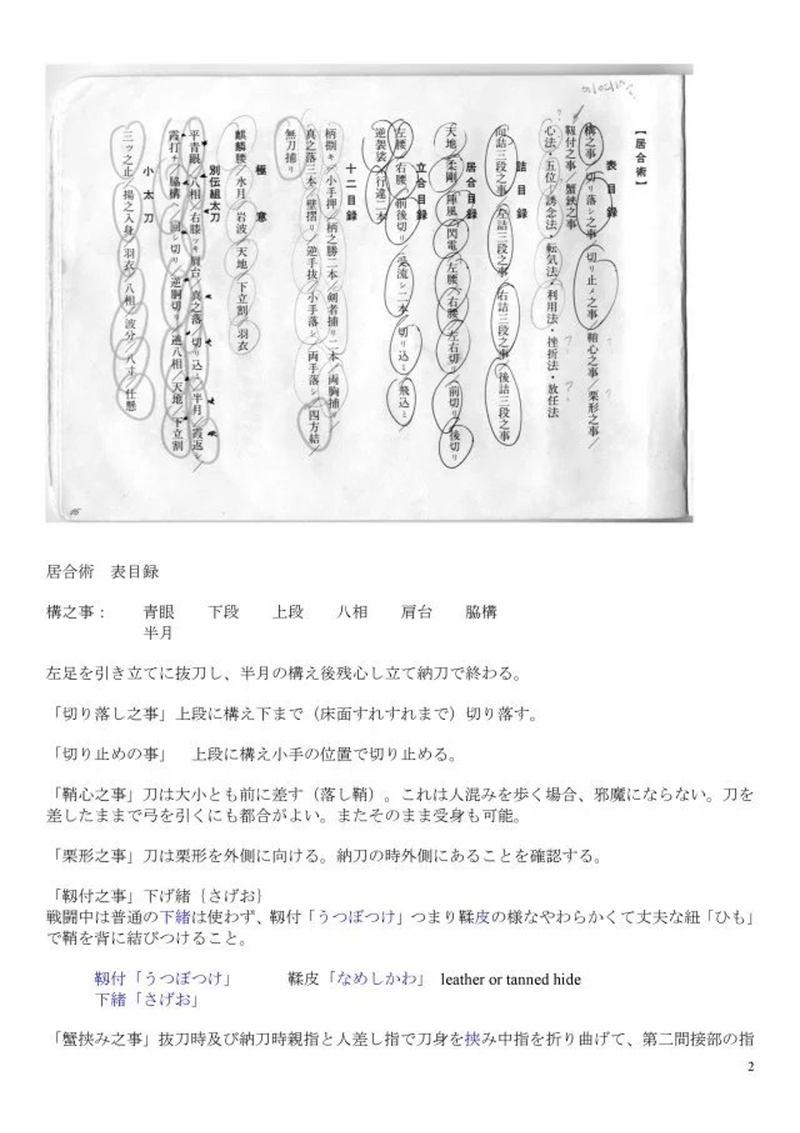 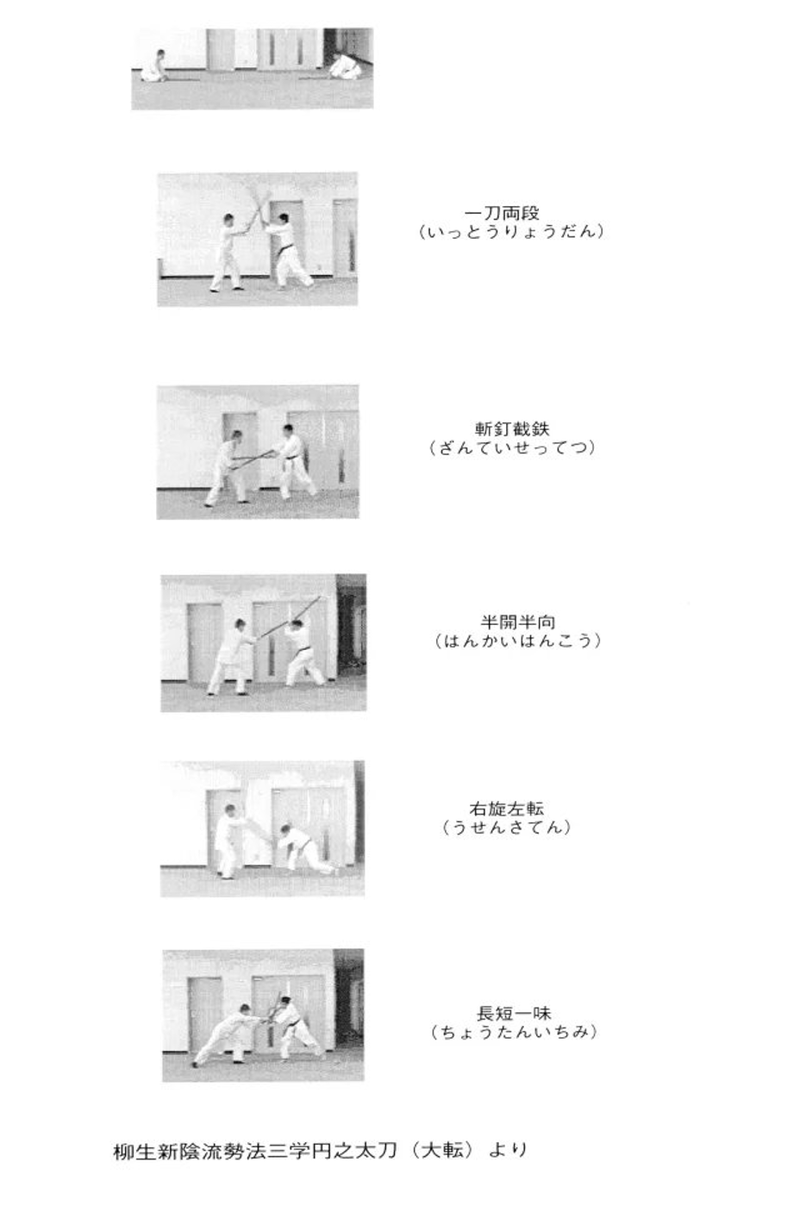